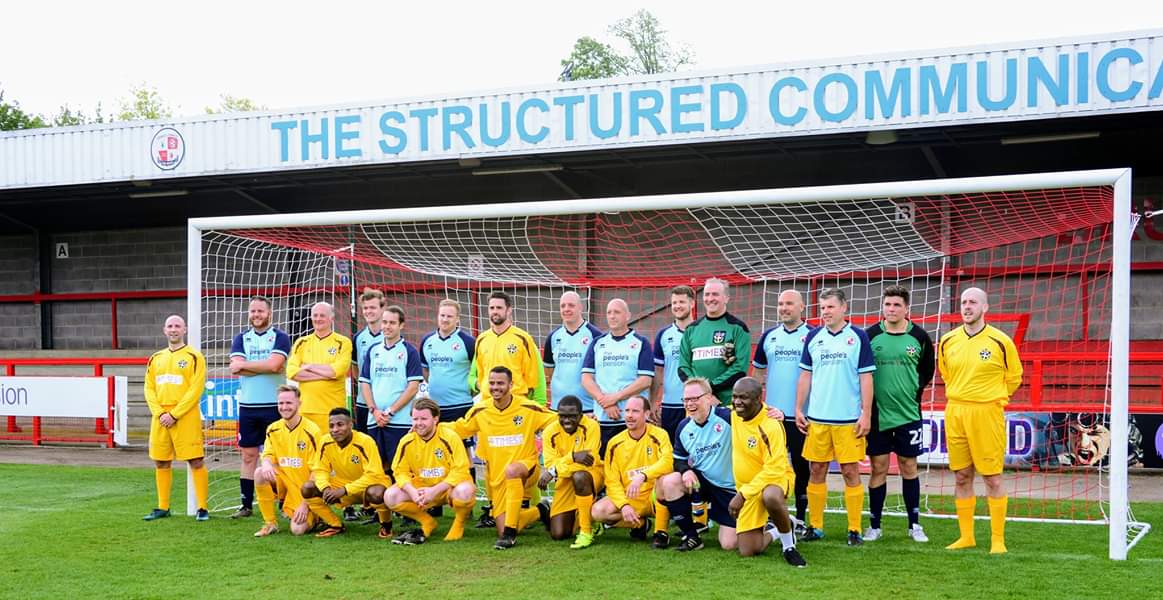 The day of the match 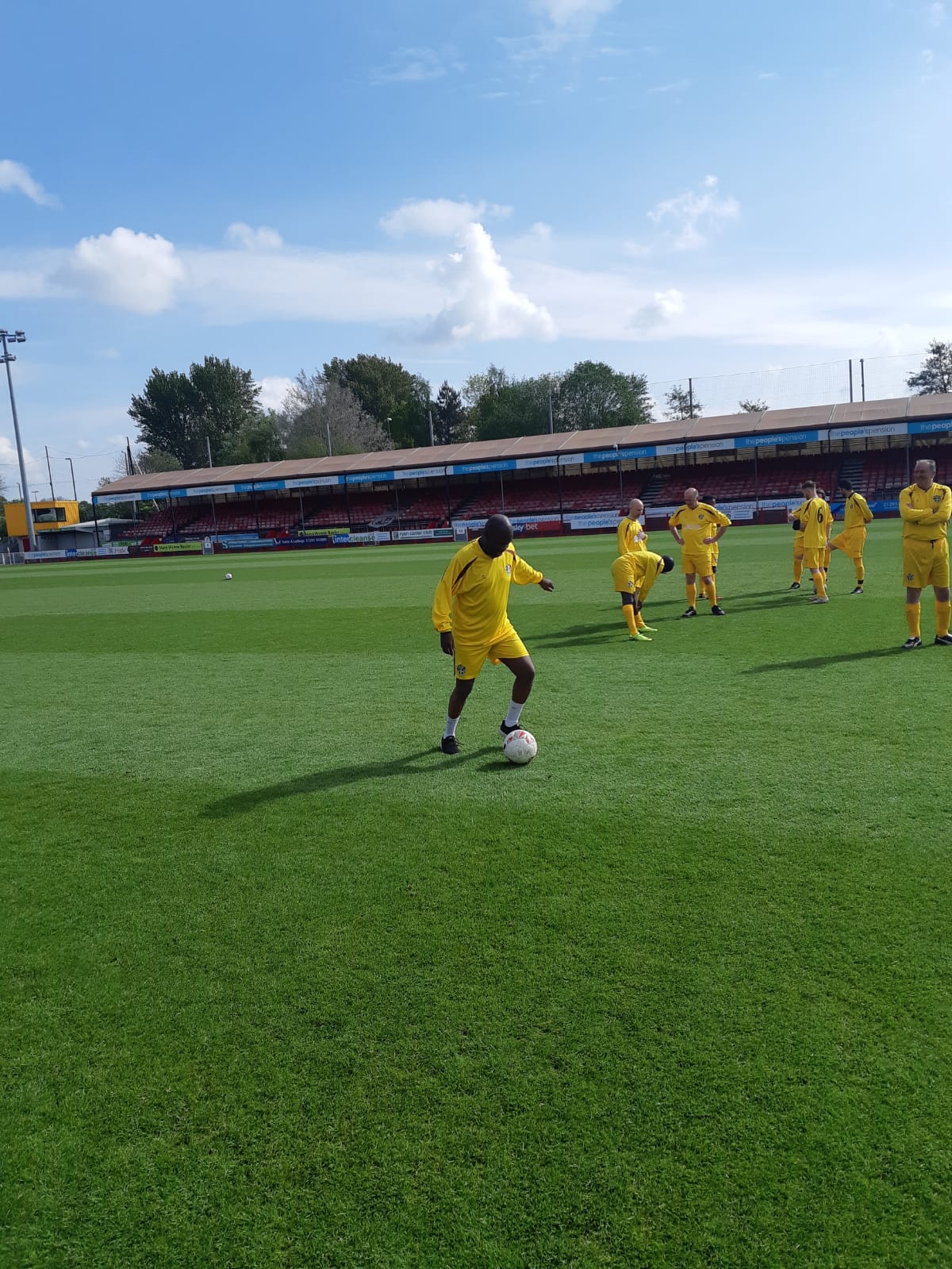 Personally, I believed it was going to be a light-hearted game with a mixture of boys and girls. We arrived at the stadium to find young footballers dressed with full Sutton football club gear (shin pads, boots, the lot!).  It was like showing up for the World Cup finals.

They weren’t pot bellied men, they looked young and strong and they were all sprinting across the pitch.  The referee on the pitch looked the part too. Tactics were being discussed ! This was serious stuff. That’s me with the pot belly warming up.

The match started at a very fast pace and Sutton conceded a goal within 10 minutes. The team settled down quickly and it was soon 1-1.

Jeremy Ramsden, the boss at Abbotts group said he was pleasantly surprised as he hadn’t expected me to be that good so that was nice.

By half time, we were leading 3-1 and it was obvious we had the fitter side.

In the 2nd half, Sutton business club dominated the game and the game ended 9-1 in our favour. Carlos, one of Sutton’s young strikers scored 4 goals. His pace was just phenomenal and the Crawley Town business club couldn’t keep up with him.

There was a lot of celebrating and taking photographs after the game then we made our way back to the ‘Away’ teams dressing room. We were proper footballers that day.

The experience was great but it also was a reminder of the talents we sometimes leave behind. As a child, I had played a lot of football and had received good feedback about my talent but was often reminded of the need to get stronger and fitter (My weight at the time was under 9 stone). I took this as criticism and gave up in my teens.

The return match will happen in September at Sutton United football club. I can’t wait !

Copyright by Jimi Sotimehin. Not to be used without my permission.

Photo by Carol Fenton-Balch trading as the Unofficial Photograher